A magnet is a name given to an object that generates a magnetic field that either repels or pulls particular materials including the likes of iron and nickel. However few people are aware of the materials that make up a magnet or that there are different types.

Different magnets contain different elements, meaning there are different categories of magnets based on their source of magnetism in addition to their composition. Categories include:

Permanent magnets are the types of magnets that are most familiar to the general public. Although they retain magnetism once they have been magnetized, they can be affected and in some cases demagnetized due to extreme temperatures.

Alnico magnets are made up of aluminium, nickel and cobalt, elements from which it gets its name. These magnets have good resistance to temperature but are easy to demagnetize and may be replaced in some applications by rare earth and ceramic magnets.

Casting or sintering can be used in their production, with different magnetic characteristics resulting from each process. Higher energy products result from the former, allowing the magnets to have more complex design features, while the latter results in the production of enhanced mechanical traits.

Ceramic/ferrite magnets consist of barium or strontium carbonate and sintered iron oxide. They are easy to make via pressing or sintering and thus inexpensive, but their brittleness means they need to be ground with a diamond wheel. A very common magnet, they are strong and difficult to demagnetize.

Neodymium iron boron magnets consist of rare earth magnetic material and feature a strong coercive force with a high energy product range of up to as much as 50 MGOe. Due to this they are usually produced in a small and compact form but can be brittle, come with low mechanical strength and if left uncoated have little resistance to corrosion. However they are strong and not easy to demagnetize and when treated with iron, nickel plating or gold are useful for a variety of applications.

Items such as metal nails and paper clips, or anything made out of soft iron, can be magnetized in the presence of a magnetic field and act as a magnet. However, the removal of the field will remove those magnetic properties from the items.

Magnets have a multitude of uses including simple things like sticking items to the refrigerator to incredibly complex things such as the levitation of maglev trains and the generation of electricity. 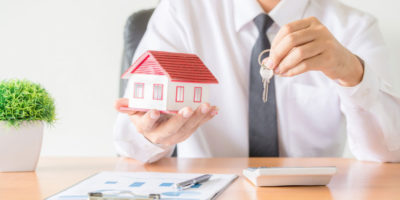