The NFL’s regular-season week 12 was noteworthy. Three thrilling showdowns took place on Thanksgiving Day to complement the delicious food and quality family time that fans were enjoying. The other games that took place on Sunday and Monday were perhaps just as spectacular and gave Madden 23 a wide range of stars to pick from for their next TOTW.

Holiday deals are now available on Amazon and Best Buy. READ MORE. With many more to follow, major brands like Lenovo and Samsung are already starting to offer holiday deals early.

At least one player from Thanksgiving games should be included in Madden 23’s latest group of TOTW players, which were unveiled today at 10:30AM ET. But who can we expect to see on the new Week 12 TOTW from the remaining games played on Sunday and Monday?

Later today, Madden 23 will introduce the new players in-game after the most recent TOTW revelation (targeted for 4PM ET).

But without further ado, let’s get started and take a closer look at each new player from Week 12 TOTW selection.

Player of the Week in Offense (94 Overall)

Trevor Lawrence, the quarterback for the Jacksonville Jaguars, has been named the Madden 23 Offensive Player of the Week. A significant factor in the Jaguars’ victory over the Baltimore Ravens, which they won 28–27, was the outstanding effort Lawrence put up.

The second-year player had 37 pass attempts, completing 78.4% of them for 321 yards and 3 touchdowns with no interceptions. With just 18 seconds left in the fourth quarter, Lawrence also guided the Jaguars to the game-winning touchdown. The kid showed up to play and is deserving of the Madden 23 Offensive Hero award.

Player of the Week in Defense (94 Overall)

Quandre Diggs, a standout safety for the Seattle Seahawks, is the Week 12 Defensive Player of the Week in Madden 23. Even though the Seahawks lost to the Raiders 40-34, Diggs put on quite a show and was a big reason why the game even got into overtime in the first place.

Diggs contributed six total tackles, two interceptions, and two passes defended in the Seahawks’ defeat. Throughout his career, the Seahawks’ safety has impressed, and this game was no exception.

One offensive player and one defensive player Limited Edition (LTD) cards have been available in each of the last five TOTW drops for Madden 23, and this week is no exception.

These LTDs are often two active NFL players that excelled in the same game week that is being honored, in this case Week 12, in past seasons.

The two LTDs chosen for the Week 12 TOTW are shown below:

Landry had a stellar day in the Cleveland Browns’ Week 12 victory over the Miami Dolphins, collecting 10 of his 13 targets for 148 yards and two scores. Due to this outstanding performance, Madden 23 determined that Landry should be one of their Week 12 TOTW LTDs.

Week 12 Record Breaker LTD was unveiled this week by Madden 23, and fans will be able to purchase it for 48 hours after it becomes available in-game. The tight 27-24 victory over the Chicago Bears in Week 11 for the Atlanta Falcons saw Cordarrelle Patterson score the league’s record-tying ninth kick return touchdown.

Patterson returned a kick 103 yards to the house for a touchdown near the conclusion of the second quarter to reduce the Falcons’ deficit to three, 17-14. Even at age 31, Patterson continues to raise the standard for what an NFL athlete with true versatility can accomplish, and Madden 23 had to give him particular recognition.

Every week during the first six weeks of the TOTW Program, ESPN Fantasy Football Analyst Matthew Berry chose a Hero for Madden 23.

There are two versions of Berry’s Madden 23 Heroes, in case you missed it. One is the Hero rating, which is now 91 overall, and the other is the BND version, which you may acquire by completing in-game missions and is now 86 overall.

You will receive a special player prize at the conclusion of Season 2 once you have gathered every Berry’s premium Hero player (all of the 89, 90, and 91 overall variants). The remaining Berry Heroes are listed below for you to gather in order to obtain the special reward:

That’s all about week 12’s TOTW. If you want these players, you can visit buymmog.com to buy cheap madden 23 coins to build your team! 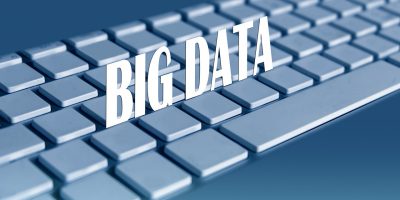