Modern Marketing Has Much In Common With Visibility

What was the old adage when you, a small business owner, were hunting for a central place for your primary retail outlet? It was “location, location, location”. Repetition indicates emphasis, and it’s easy to see why prime location is key for a profitable business. Well, when it comes to digital real estate, the same sort of thing is true; but application isn’t exactly the same.

So with an online business, you need to determine who is looking at what, when, and why. In this writing, we’re going to cover how a moving business stands to benefit from strategic online visibility optimization using known techniques. Specifically, the “hashtag” is one of the most important tools in your digital arsenal.

Think of “hashtags” like a sort of internet traffic signal. Those following specific “routes” to digital “locations” may click on varying hashtags. If you’re of the old school and the term isn’t familiar to you, what is called a “hashtag” today was called a “pound sign” in the business world of yesteryear—you know, that “tic-tac-toe” symbol. Wikipedia provides even more depth.

The thing is, you can’t just “pick” a hashtag. Well, you can, but it’s not likely to be as effective as strategically choosing those which are known to be most effective. Different industries have different hashtags, following we’ll explore some of the most popular for businesses who provide services for those who are moving, and why such tags are so effective.

The Hashtags To Keep An Eye On

When you’re optimizing online, you want to use the sort of tactics that have already been vetted. UMoveFree has noticed that geographical locations coupled with specific descriptors tend to be representative. Get the mix right, and you’ll be able to co-opt the organically produced hashtags of individuals who have gotten into the habit of “hashtagging” regardless of the business.

With that in mind, at least one hashtag site advises these tags for moving:

So you’ll notice a few things right away. Hashtags tend to be broken up into direct statements of associated action, geographical descriptors, time-centered descriptors, homonyms for the actions being taken, and idiosyncratic abbreviations. For example, “#movingcompany”, and “#movers” are pretty self-explanatory. They’re the sort of hashtags you might think of off the top of your head.

Then you’ll find more specific hashtags like “#professionalmovers” or “#localmovers”. Then you’ve got tags like “#newlocation” and “#newhome”. So from the basic family, hashtag popularity segues into professional centralization, and then locational/geographical identifiers.

So if you’re in Texas and running a moving business, you might use “#Texasmovingcompany”, or something similar. Then there are the hashtags that have to do with the “when” of the situation; such as “#movingday”, and others similar. From there, you get into specifics like “#pianomovers”. People will “search” such hashtags to find options conformed to their situation.

Figuring out which are the best hashtags for your situation may require a little research. The group of hashtags briefly explored here came from a specific website. It can be worthwhile to explore three or four websites, find the tags you like, then put them together under each of the Facebook, Twitter, and Instagram posts you make.

It’s worth noting that social media sites do have a limit to the total number of hashtags you can add to a post. Usually it’ll be around thirty or so, but it may depend on the specific social media outlet you’re using. So you want to use the best possible tags. There are apps you can use which will apply the “hashtags of the day”. Sometimes these work, sometimes they don’t.

The thing is, people “follow” varying hashtags owing to their associated interests. Sometimes, marketing firms have made it possible for people to follow whole families of hashtags via the algorithm. So if you think of the internet like a taut sheet, a hashtag is like a weighted metal ball that, through gravity, pulls the sheet down.

Of course, big-ticket industries want to control the sort of “pull” a given hashtag “weight” has. This is for reasons of competition, and for reasons of pragmatism—too much weight makes the system uneven and can stress hardware components as well as software collaterally. But sometimes the way hashtags are weighted isn’t necessarily “organic”.

So for your moving company, acquiring the digital real estate necessary for the visibility of your clientele will require understanding the local markets, and associated hashtags. Additionally, it will require using them properly with your posts in a consistent matter so algorithms recognize them. Get the balance right and you’ll see a profitable return on your hashtag investment. 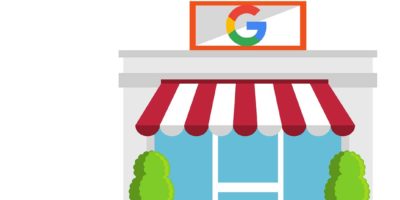