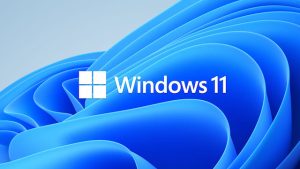 Finally, the latest generation of Windows is here after months of beta testing. Windows 11 is set to be a significant upgrade, with new features, security, and even a refreshed design. It is now available to be downloaded and install if you own a suitable laptop or computer. In fact, if you already have Windows 10, you can get Windows 11 for free. Although there is not much difference from the previous edition, the difference is noticeable, and if you are a Windows user, you should know what to anticipate. Keep reading to learn everything you should know about Windows 11. 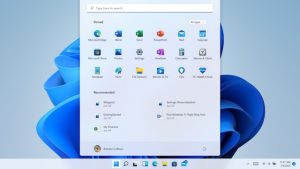 Microsoft did not make significant changes to the design, but Windows 11 delivers a brand-new, more Mac-like interface to the OS. It has a simple design with rounded sides and pastel colours. Aside from the new Windows logo, a new set of icons has been introduced along with the improved spacing between menu items. Among the other visual updates are new noises and a cleaner Action Center.

More good news is that the classic Start menu and Taskbar move to the centre of the screen, making them easier to find, especially on ultrawide displays. If you do not like the way they look, you can always return them to the left side of the screen.

Another exciting feature is touchscreen support, which Apple refuses to include in its macOS. Window 11 includes larger touch targets to make window resizing easier and the new touch-only keyboard will be positioned in the corner of your screen and can be customised while using emojis. If that is not enough, digital pens can now be used using haptics technology, allowing you to hear and feel the vibrations while using it. To help you in editing, voice typing has been introduced, which now adds punctuation automatically while taking voice commands.

Since Apple successfully allowed iOS apps to run on macOS, Microsoft is following their footsteps by introducing Android apps to Windows 11. This feature has been requested by Windows fans for years, and it is definitely another step toward integrating mobile systems into laptops.

To run these Android apps, Windows is partnering with Amazon and utilizing Intel Bridge Technology. Since the Amazon Appstore is available in the new Microsoft Store, the number of Android apps you can install on your PC will be limited. But do not worry, third-party software like Bluestacks will come in handy. Keep in mind that this feature is not yet available in Windows 11, but it will be soon regardless of whether you use an Asus, Huawei or HP laptop. 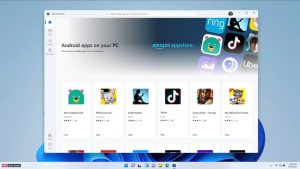 The third major upgrade is the new Microsoft Store which features a completely innovative design. This is great news for developers because it allows them to not only release win32 versions of their apps, but also to use their payment method rather than being compelled to use Microsoft’s which profits off them. Microsoft is also improving the management of purchased content such as movies and TV shows, games, and apps. According to Microsoft, Disney+, Amazon Prime, Spotify, Zoom and Netflix are among the major third-party apps that will be added to the store.

The next in line is the snapping feature, which has always been available since Windows 7. Formerly known as Aero Snap, this feature is back in Windows 11, and you will be able to snap windows in a variety of combinations as well as create your custom ones.

To get started, hover your cursor over the Maximize button. When you remove the snapped windows from the dock, they will snap back into their original place. This is a huge win for multitaskers because it will increase productivity and efficiency.

Microsoft has always been a gaming powerhouse, and Windows 11 will add to that. With Direct X 12 Ultimate, the gaming experience will be much better with the ultra-high frame rate providing beautiful and immersive graphics. The addition of the DirectStorage API to the computer also allows game data to be loaded directly into the memory of your GPU. Aside from that, check out the Xbox software that will be pre-installed in Windows 11. You can use this to explore your Xbox library on your PC and play games using your Game Pass subscription. Widget is making a stronger and better comeback. Driven by artificial intelligence, the operating system includes a new widget panel that can be customised to display whatever you like including a to-do list, weather, and calendar. At the moment, the widget is merely tailored content from Microsoft services, like MSN packed into small little tiles. But you can expect the widget to work smoothly while effectively delivering relevant content to you soo 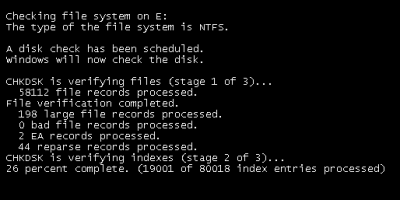