In case you missed it, this year’s NBA final is without LeBron James or Steph Curry. In what marks a deviation from the dominance of these men, we are witnessing the rise of other franchises. For instance, the 2021 NBA Finals will be contested by two teams, featuring stars that are yet to get a Championship ring. Of both teams, only one has managed to win (back in 1974) while the other is hoping the third time strikes lucky.

Phoenix Suns are into their third NBA finals and the first in as many as 28 years, thanks to the performances of Chris Paul and Kevin Booker. The Milwaukee Bucks are the other team, and they face a race against time for Giannis Antetokounmpo’s fitness. The Greek freak missed out on the last two semifinal games, but the Bucks rallied on, and he’s now within a touching distance of his first ring as an NBA player. 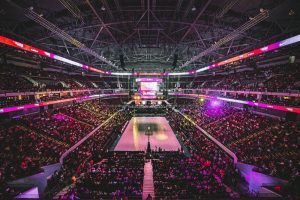 Mightytips’ Kate Richardson (You can view her profile here) examines the theatrics and run-up to the finals in this article. Sit back, relax and follow the exciting trail of 2021’s NBA final round of games.

This is the first Bucks appearance at the NBA finals since 1974, a feat they last achieved during the days of Kareem Abdul-Jabbar and Oscar Robertson. Interestingly, the current team coach Mike Budenholzer was a year and some months old the last time this team were in the championship finals. Since then, the Bucks have more or less been an average team.

Now thanks to Jrue Holiday, Giannis and Khris Middleton, they find themselves a few energetic games from history. Anyone who has paid attention to this team in recent years will spot an intentional drive to forge ahead. Though the past two playoffs were harsh on them as they lost in the latter stages of the tournament, they are back with a bang.

However, one question that lingers over the teams’ success is the fitness of Giannis Antetokounmpo. The Bucks’ main man got injured in Game 4, with the series tied 2-2. While it caused some emotional breakdown for the team and its fans, the medical team announced the following morning that it wasn’t a season-ending injury. This geared the players to brace up and dig deep to win games five and six, sending the franchise into the finals.

“As we found out he was OK and as he kind of exuded that confidence, he gave it to us as far as he is going to be OK and he’s going to work to be back. But regardless, he’s going to be with us every step of the way,” said Paul Connaughton, who put up 13pts on the night. Another instrumental player was Jrue Holiday with 27 points, rendering the Atlanta Hawks incapable of catching up. 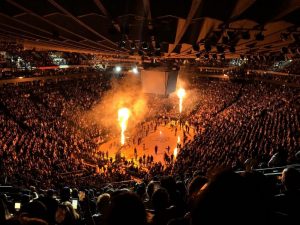 The Phoenix Suns have a love-hate relationship with the NBA Finals. The franchise has made it this far only on two previous occasions. The first was in 1976 when the Boston Celtics outclassed them in six games. The second was a dismal showing against Michael Jordan’s Chicago Bulls in 1993 (which allowed the Bulls to complete a three-peat). Since then, the team has struggled and failed to get past the Western Conference finals. This occurred thrice between 2005 and 2010, as Steve Nash looked to ignite a sleeping team.

Twenty-eight years since they lost to the Bulls, the Suns are into their third NBA Championship finals, with Chris Paul and Kevin Booker as their most important players. Phoenix Suns had a great run-in to the finals, defeating the Los Angeles Lakers and Clippers 4-2 each, and Denver Nuggets 4-0. In stark contrast to the Bucks, the Phoenix Suns are in their first NBA playoffs this decade and never considered favorites for the titles. However, a defensive masterclass and tactical awareness have helped the franchise rise off the bottom of the Western Conference table.

Thirty-six-year-old Chris Paul will be looking for his first NBA championship ring in his 16-year career. Nicknamed the Point God, the multiple-time MVP will hope to see his remarkable season to a glorious end. It is also his first time playing in an NBA final.

All things being equal, the final will be an interesting matchup between two teams who have put in the shift to get here. In a game that is sure to be one of the favorites on apple pay betting sites, here are some key things to watch out for.

From all angles, this isn’t a series to miss. While it will be sad to see Giannis miss his first NBA finals appearance, there won’t be a shortage of ”edge of the seat” moments. If you’re looking to wager on these games, you should take advantage of this informative site for a comprehensive guide. Don’t forget to check out the interactive map from time to time as well, which will help you understand research throughout the world of sports betting. 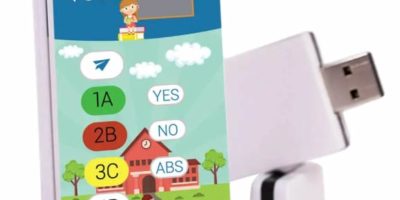 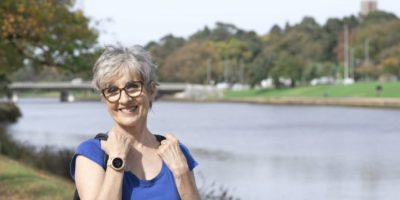