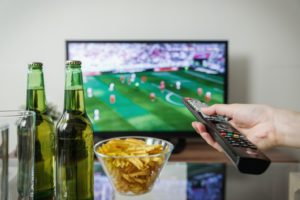 Welcome to the era where technology downright has taken over our lives to the extent that even the thought of living a day without it brings shivers down the spine. Name any profession, any day-to-day activities that you do not do without any technological thingamajigs, let me tell you, there isn’t an answer to it.

The technological world does not just end on smartphones, laptops, or TVs. There is a whole new world out there crawling with unimaginable gadgets. And just like that, my dear friends, technology has penetrated within our bloodstreams.

If you are talking about a particular industry, the sports industry is not far behind when it comes to technology. The launch of the SportBusiness Journal back in 1998, people kept getting live scores on their pagers. It was still a thing until the internet and smartphones stepped in and took away all the fame and glory.

Did you know that through technology, they were controlling the weather at the 2008 Beijing Olympics? China designed a gadget to break apart the clouds that carried rain. It is crazy, unimaginable stuff.

You can take a moment to digest all this but let me break it to you. These are just a few examples of how technology has been aiding the sports industry. There is a lot more to it.

Let’s dive into the areas where technological advancements have helped the sports industry.

It is probably an easy one. With the help of a smartphone, you can now watch your favorite game and control everything you need without ever having to leave your seat. This way, you won’t miss anything. Here are a few examples:

Just being a sports fan won’t get you a job in the sports industry. With all the new technology coming up, this profession now seeks to integrate digital talent. Are you confused? Here is the answer. You can opt to be a sports data analyst by learning about descriptive, predictive, and prescriptive analytics.

It involves monitoring the athlete’s health and performance, the viability of tactics and plays, fan behavior, social media interactions, and purchasing habits of the audience. Being a sports data analyst, you are the one that helps lead the charge.

Thanks to the internet, you can have all the information you need regarding athletes or your favorite teams. With just a click of a button, you can have all the details you need. Each athlete and team own a website. You can check out their blogs, pictures, or the team’s last game all under one roof.

Remember when you had to listen to the radio or watch television in a small box. Back then, this was all exciting. The traditional television just got upgraded to a whole new level!

Every game lover owns a home theater which consists of a giant flat-screen TV mounting on your wall with some heavy-duty sound systems. The game even sounds and looks far better at home then watching it live.

Just so you know, Last year, Samsung launched the giant TV in the world. The MicroLED TV called The Wall Luxury scales up to 292 inches, 24ft with 8k video resolution. How insane is that! Imagine watching a game on that. It will blow you away.

Just as the television has revolutionized, the outdoor commercial display technology has refined as well, giving it a much larger and better quality display.

Back in the 90s, stadiums had the dot-matrix-based scoreboards installed in them. For a time like that, it was a catchy display. But now times have passed, and things have changed, and the world had adapted this change with open arms.

The digitalized era has evolved almost everything in the sports industry, making computers even more powerful than ever. The next initiative here would be to let the laptop collect all the data and insights, contents, and products without doing it manually. That’s where the AI steps into action.

The invasion of AI in sports has already begun. You will find it in voice-activated score updates and news on a speaker or smartphone, video highlights by detecting the crowd’s noise, and the gestures of the players and analyzation of fan data by the league or team.

The typical situation is that AI would soon replace humans and take over the world.

What is a game without social media? The live commentary of fans on Twitter or Facebook is just so much fun to read. It brings in the entire game experience and thrill.

Twitter is considered as a sports news broker, creating large fandom communities. Even the players have been particularly active. This entire web world has created a platform for fans to interact with their favorite athletes directly.

Remember the time when you had to stand in huge lines to get tickets to your favorite game, or you ended up with no ticket, and you had to walk up to the window regretting not getting in the line on time. Those hustle-bustle days are now finally over!

Online ticketing services have made lives so much easier. You can quickly pre-order your tickets, get special passes, or even buy the normal ones online. It even makes it easier for the leagues or teams to calculate the number of tickets sold or calculate the cash they earned.

Some predictions circulated the globe about the sports industry’s future where games would occur between two robot teams controlled by human coaches. While that is still per reality, the development of this perspective has a different implementation.

It wouldn’t be wrong that technology has come forth as a blessing for the sports industry. It has helped the athletes and fans in numerous ways and made things a lot less complicated. 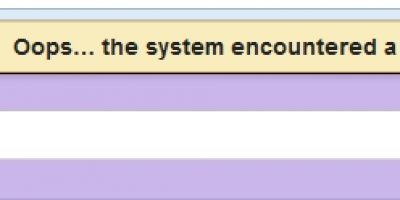 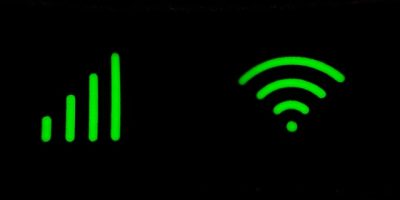