One of the hallmarks of this Formula 1 season is the large number of drivers who changed teams compared to 2020 and, after 11 of the 23 scheduled stages have passed, you can get an idea of ​​who won and who took a step back in their career.

Overall, the balance was positive for drivers and teams, but there is one driver in particular who has not yet been convinced his new home.

Daniel Ricciardo is only ninth in the championship with a team that would be third place with a certain margin if he could walk at least closer to teammate Lando Norris, third in the table.

The Englishman is responsible for 70% of the team’s points, which is in a strong fight with Ferrari, which, in turn, has one of the most balanced pairs on the grid.

But what was Ricciardo missing? Norris said recently that he can’t help him any more than he’s doing, in terms of sharing all the information about his car. Especially in the standings, lap times don’t come, and Ricciardo ends up putting himself in a difficult position in the race.

Silverstone’s good result, when he was consistent all weekend and came in fifth, his best result of the year, is a clue to what’s going on: it’s a more fluid track, with fewer average and low speeds.

It is in the braking and acceleration of these curves that Norris gains a lot over the Australian, as he better understands what McLaren’s car needs, as well as Pirelli’s front tyres, whose construction is different this year.

On Ricciardo’s side, it is good to remember that he also struggled to adapt when he switched from Red Bull to Renault, but when he managed to come to terms with the car, he left his then-partner Nico Hulkenberg, eating the dust. With Norris, one of the great talents of the new generation, it shouldn’t be like that.

This is happening mainly because the new ferrari recruit, Carlos Sainz, was the one who adapted more quickly of all those who changed teams, managing to have results, especially in running, similar to those of Charles Leclerc right away.

In qualifying, he still can’t take everything out of the car every time, but he has already shown racing vision by commanding the Ferrari strategy from inside the car, as he did in Hungary, and won praise from boss Mattia Binotto, for whom “the Ferrari duo is the strongest on the grid.”

In fact, Ferrari is no better than McLaren on most tracks, and if the teams are tied in the championship, the driver duo has a lot to do with it.

Experienced Drivers Not In Their Prime Anymore…

There are many factors that contributed to that. Among them:

All this took a lot of experienced drivers by surprise.

Fernando Alonso got hit from the tires with his style of braking and turning at the same time, but as soon as he understood what he had to do and had a better response from Alpine’s steering system, at the French GP, he went back to riding high level.

Alonso’s turnaround was so remarkable that it impressed even his engineers – many of them had even worked with the Spaniard in one of the two previous spells with the team: with a car that is between fifth and seventh forces on the grid, he scored in all of the last six tests.

This regularity from Alonso is what Sergio Perez is missing. The Mexican had good times at Red Bull, the main one being the victory in Azerbaijan, doing what the team needed him: inducing Lewis Hamilton to error. But in the last four races he has failed to take points away from Mercedes, always far behind Verstappen in standings, which complicates his racing life.

Sebastian Vettel is harder to read. The German manages to be faster than teammate Lance Stroll consistently in rankings, and in the races that generated the most opportunities in the year – Baku and Hungary – he was the one who put himself in a position to take advantage, hence the big difference in points (30 th 18, even counting the 18 lost due to disqualification from the Hungaroring race for something that has nothing to do with his riding). On the other hand, it’s Stroll who has been scoring more consistently for Aston Martin.

All five of these teams are involved in tight fights and need their new signings in the second half of the championship, which starts with the Belgian GP on August 29: Aston Martin and Alpine fight for fifth place, Ferrari and McLaren for third, and Red Bull tries to win the constructors’ world championship for the first time since 2013.

With all these difficulties and chances, we may be seeing one of the most balanced Formula 1 Championship this year, which will probably happen as well next year, when pilots understand better the new dynamic of races and their cars.

However, the main fact is that – for Formula 1 fans – this season has been pretty interesting so far. New racers showing up, old ones having troubles…

This season has all that it takes to call the attention of not only die-hard F1 fans but also to the ones who are interested in sports betting. It’s another huge, rising industry and Lewis Hamilton’s imperative seasons have been granting worldwide punters a good betting profit.

We have been looking up some articles online that specifically talk about F1 betting, and we’ve found this superb article addressing everything – from best available bookies to complete betting guides on formula 1 fogadás, for those who want to give it a try.

We hope this article was a helpful guide, and we’re looking forward to seeing you more times here! 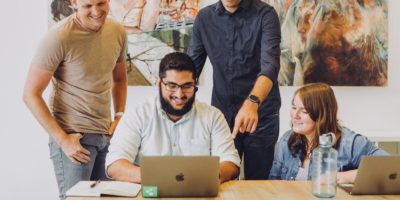